Maria went into the parlor even though Bal wasn’t there to have a word with Reito and Garura.

Garura flinched a little at the sight of Reito. Daia was standing by his side, looking ashamed.

Reito was there with a receptionist named Mary, who was there in place of Bal. The two were facing the others.

A heavy atmosphere filled the room, and Mary was on the verge of tears.

Reito looked at the adventurers standing beside Maria.

“First and foremost, our guild had no intention of stirring up any trouble with regard to the incident at hand. I apologize for causing a problem right in the midst of the Rotten Dragon dilemma.”

“Are you sure?” Mary was amazed at what Maria had said.

Reito was taken aback at her pretending to be the victim even though her side had caused the problem in the first place. She stared awkwardly at Daia and Garura as if she noticed Reito’s feelings.

“These two acted of their own accord. I just wanted to speak with you, but these two misunderstood and stirred up a big problem. Or, perhaps you don’t believe me?”

“To be honest, I didn’t get why you wanted to meet with me.”

“Right… I probably should have also discussed the reason with these two. I wasn’t trying to lure you away from your guild or anything like that. Don’t worry.”

“What are you talking about?”

Reito was surprised at Maria’s statement, but she looked at Reito as if trying to confirm something. She offered a letter to him.

Reito accepted the letter, feeling puzzled. He saw the sender’s name, and his eyes opened wide.

“Given your reaction, perhaps you know my older sister?”

On the letter, Reito’s mom’s name, ‘Aira,’ was written out.

Reito was flustered as he rushed to open the letter and check its contents. He found his mother’s writing, and after skimming it, he confirmed the shocking truth.

“U, um… what are you talking about?” Daia piped in.

“None of your business! Be quiet!”

Reito was surprised at Maria’s tone of voice. Someone from outside their group tried to peer in on their conversation, but Maria glared at them, making them retreat.

“The first time we met, you mistook me for your mother. I was curious about that. I used ‘appraisal’ to check your status… I should have noticed based on your name. I never would have thought you were my nephew…”

“That’s not at all unusual. Our mother was an elf, and our father was a human. So they had one elf and one human baby.”

Airis explained further, 『In this world, there are no half children. In the event that the parents are of different races, the child is always born into one race or the other.』

Reito was still in disbelief. Maria was in a state of disbelief too. It would have never occurred to her that her nephew would end up in another guild.

She looked at Reito as one would look at a poor child.

“I heard about you a lot in letters from your mother. If you weren’t born to that man, I would have taken you into my custody.”

“This letter is talking about when me and my mother left the mansion… What happened to her afterward?”

“You’re curious about your mother, huh? But, I’m sorry to say that this letter is the last I’ve heard from her. It’s been over four years since we’ve talked.”

Reito was curious about his mother’s whereabouts. Airis interrupted the conversation.

Reito felt safe for the moment at Airis’s status update but was dumbfounded by the next thing she said.

『She heard that the king was planning to order your assassination and beat the hell out of him. As a result, she was driven out of the mansion reserved for powerful aristocrats.』

『The king wanted to dispose of you to preserve the kingdom’s order, but Aira wouldn’t allow her son to be killed, so she snuck into the castle and sucker-punched him. Usually, this would be a grave crime met with the penalty. But the king loved Aira too much, and so he turned her over to some aristocrats whom he trusted.』

Reito was stunned by Airis’s story. His own mother punched his father. But, he still wanted to know what she was up to at the moment.

『She is living with a certain aristocrat. Formally, she was banished, but she’s living happily with some people who are protecting her. She is confident that you are still alive and has been looking for you secretly.』

『It would be dangerous to meet now. But, the next time you have a chance to go to the kingdom, how about writing her a letter? I’m sure she’d be happy.』

He said his thanks to Airis, who really showed sympathy for him with her words. He regained his composure.

Reito thought it would be too unnatural to suddenly share the details he just got. So he remained silent, even though he knew she was worried that she hadn’t talked to her sister for quite some time.

However, being unable to withstand the air in the room, he asked her a question, “Were you close to my mother?”

“That’s right, we were close. Have you never heard about me?”

Maria talked about her relationship with her older sister and what had happened before they parted ways.

“Me and my sister were born in the Hazuki House of the Four Leaves Kingdom. My sister’s name, ‘Aira,’ is only given to the members of the family who are designated heirs.”

“That’s exactly why the name Aira is so common. She used to complain that it was such a boring name. I thought it was a great name, and I was jealous, to be honest.”

Garura interrupted, “How could you say that!! Lady Maria has the most beautiful name of all!!”

“Why are you interrupting our conversation? Know your place!”

“No. My sister and I have already left the household. We are completely cut off.”

“Why did you leave the household?”

“There were a lot of reasons. If I were to put it simply, I would say because it was boring.”

“Me and big sis weren’t cut out for the aristocracy… That’s all there is to say. More than that, wouldn’t you like to hear about what happened to my sister and me when we left the house?”

Maria appeared to not want to tell the story of why they left the house.

She bluntly ordered her attendants, “You’re getting in the way of the story. Leave at once?”

“Did you hear me? I said, get out! Don’t make me repeat myself!”

Maria made a rather displeased-looking frown.

The people in the room left at once, and Reito was alone with Maria. Finally, alone with her nephew, she let a kind smile show on her face.

“We can finally sit back and talk. So, me and my sister’s story… and as a bonus, the story of how we met our comrades.” 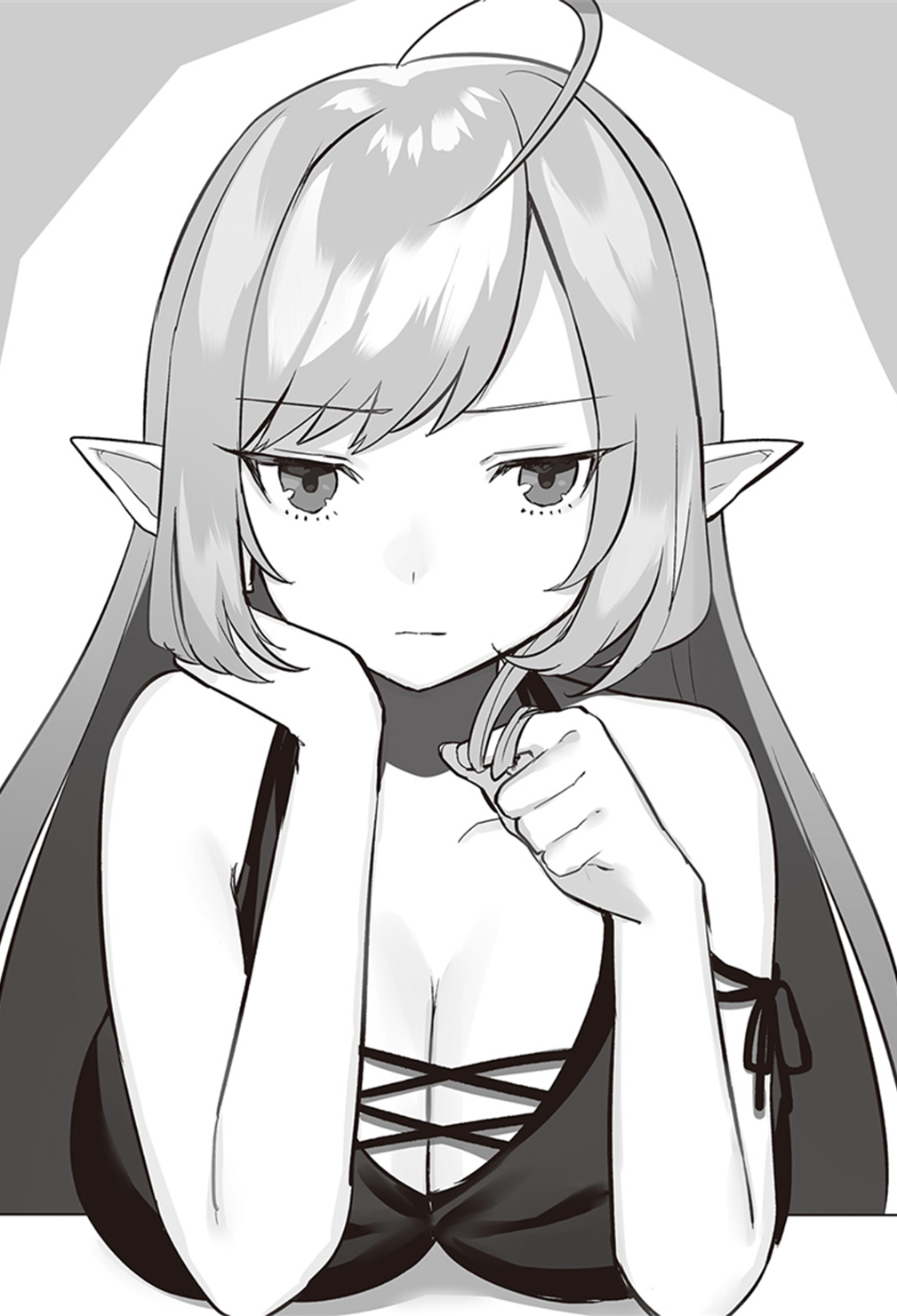