Chapter 17 – Reaching for the Ideals

“…Your Highness, how long do you plan to sleep… It’s already 4 in the afternoon…”

About one week had passed since I returned to Diestburg. The letter of gratitude uncle Leric penned to my father the king, while containing no truth at all, mentioned that I apparently accomplished all sorts of exploits, so my slothful life was now father-approved.

“Some important guy once said that living your life bound by common sense will only lead to regret. So I’m going to sleep until 6.”

“No, well, I’m an important guy too after all.”

Lying on my bed, I continued talking with my back turned to her. I had no intention of getting up, but once my senses were awake, it took time to fall asleep again. So I chose to humor her conversation for a while.

“Ah, please listen to this, Your Highness.”

“What’s this all of a sudden?”

Ratifah continued, all excited, mentioning she heard something very interesting and some such. I resisted the urge to tell her to get to the point and listened quietly.

“Oh, that. Yeah, when we went to Afillis I told her that if she wouldn’t take time off, I was going to sleep at her place, so she finally surrendered.”

“W-wow…so it was true that you convinced her, Your Highness…”

I tried to have some insurance ready for anything I was involved in. That was the same for Feli’s time off: if anyone asked, I had a trashy reason ready for them to accept.

“Surprised, aren’t you? You should bow down and offer thanks to your master’s skill.”

As expected of Ratifah. She got me where it hurts. She really has no restraint huh…

“Oh, so maybe the second rumor is true too?”

“How many rumors are there about me anyways…”

Pain in the butt, nothing less. What’s so funny in gossiping about a prince that just sleeps all day anyway…

Do you want to know? Do you really want to know? So whispered Ratifah in my ears. Even without looking at her, I could clearly picture her dumb grinning face.

I kept absolutely silent, bent on not giving her the reaction she wanted so much.

“…you should have done that from the start.”

I was already annoyed by the fact that the door to my room, so firmly closed before, opened easily and often since I came back from Afillis.

Even more slowly than before, Raitifah proceeds to unveil her “scoop”.

“The rumor says that Your Highness is as powerful as a ‘Hero’ and actually defeated one in the war!!”

“I feel stupid for listening now…”

My tone implied how dumb she was for even talking about it. Thinking that the conversation wasn’t going to end anytime soon, I reluctantly shifted to a sitting position.

“If a lazy ass prince like me could become a ‘Hero’, then this world would be packed with them.”

“A guy who doesn’t even touch swords or train, a ‘Hero’? How am I supposed to have defeated one anyway?”

“Er, that, that is…with psychic powers!!”

“Then during tonight’s dinner I’ll say that Ratifah claims I have psychic powers and I’ll try bending some spoons.”

Father was terribly strict about table manners. It was something anyone connected to the royal family knew.

“P-please wait!!! Your Highness, surely you wouldn’t send me to my death!?!”

“Do you think I forgot about the day you sided with the head maid against me?!”

That day Ratifah sided with Feli, the head maid, despite the fact that I was her master, and even physically restrained me. I was waiting for a chance to hand her some payback. And the chance had finally arrived. Feli, disruptor of sleep, was away, so now there was only Ratifah.

Okay, time for you to die.

The very moment I made my decision, with perfect timing, the door opened.

The number of people who could enter my room was limited. There were a few more people who tried approaching me after the Afillis events, but I paid them no attention. I said I wouldn’t from the start too.

Other than me, only four people previously used to enter my room.

My maid, Ratifah. The head maid, Feli. Then my father and…

“Sorry to disturb your games, but father is calling. The head maid is taking time off, so I came in her stead.”

Watching my bewildered expression at his sudden appearance, Grerial grinned. He was the prince next in line for the throne, so there was no need for him to take a maid’s duties: I was about to apologize, but Grerial stopped me.

“Don’t make that face. I asked father to send me to pick you up.”

“You’re not going to be interrogated or anything. Father is worried about you, in his own way. Sending you to Afillis brought good results in the end. And I’m not talking about the war, I’m talking about you.”

“I wasn’t supposed to be so easy to read though…”

Something changed in my body or mind. I realized that Grerial had perceived it.

I did not regret wielding the sword. I did not regret swinging it either. If I was asked if I would do so again, though, I would not be able to reply immediately. The events in Afillis, however, had a certain effect on me.

Grerial spoke to Ratifah and led me out of the room.

“How was Afillis? Did you make some new friends?”

As we walked down a deserted corridor, Grerial looked at me with a warm smile.

I pictured uncle Leric in my mind.

“It’s a bit brighter than before. Your atmosphere, I mean. Like you got over something…that’s the feeling I get.”

Then, I recalled the face of the knight who triggered such a change. That strange knight who laughed until the end and passed away saying that he was lucky.

“So I thought that maybe you relied on someone. That you made a friend. It seemed to me that you found someone you can open your heart to, outside the family.”

Lastly, I thought about Mephia.

Grerial rubbed my head vigorously, with a beaming smile, as to celebrate my growth.

“Anything is fine, but say something to father too.”

When I crossed swords with Mephia that night.

I want to protect everyone. Her honest, direct blade spoke of such ideals, very much like her.

It was a sword without room for any “evil”.

The desire to protect everyone, however, was just an ideal; an ideal that already broke down. More than anyone else, I knew what would come next.

For me, she was shining too bright. I thought we couldn’t understand each other. And yet…I couldn’t deny Mephia’s ideals.

I want to protect everyone.

I had thrown away such emotions, who knows when, but I used to have them too.

From now on, Mephia too would probably be hurt again and again each time she failed to protect someone. If you talk about ideals, then accomplish them: so the people around her would be fascinated by a sliver of hope.

In the end, she would realize that while she was supposed to protect others, she was protected herself, and would cry and weep after realizing that she did not truly protect anyone.

I felt like I was looking at the past me and grew irritated.

I wanted to kill her on the spot.

Even so, currently I was Fay Hanse Diestburg. I was *** no more. I could stop myself.

Because Fay Hanse Diestburg wished for a life without regrets. Wished to die with a smile. I extended my hand, like my mentor did to me.

I doubt there was anything I could do. But I might be of some help. So I extended my hand.

Simple sparring with swords. Because of the difference in strength between us, it didn’t last long.

<<There’s no need to fret. Your efforts will surely be repaid one day.>>

It didn’t work out for me, but princess Mephia, maybe…

With such thoughts in my heart, I spoke.

<<If you ever struggle against an obstacle, you can rely on me. It’s also a way for me to show my thanks to uncle Leric.>>

<<I hope your ideals can become reality.>> 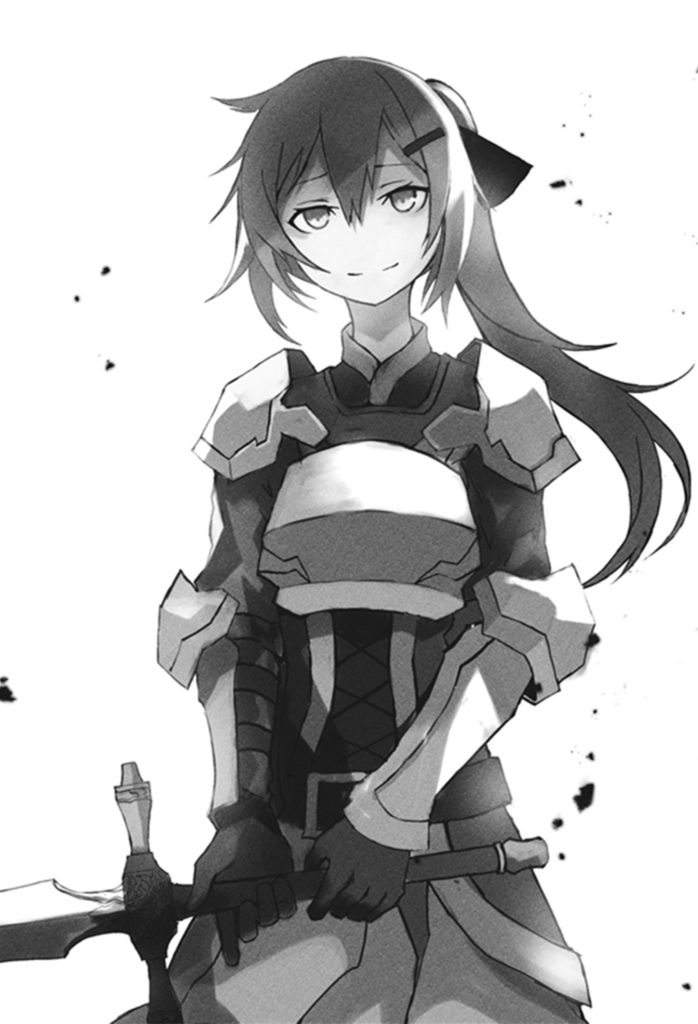