The veil of night had already completely shrouded the sky.

The city streets were faintly illuminated by the street lights, but very few people were out and about.

However, through the windows filtered light from inside the people’s homes, showing many shadows inside.

With my “Spada” resting at my waist, I walk the evening streets.

As the florist said, flowers did not seem to be popular in this country: I had yet to see a single garden.

So to kill time before sleep came over me, I decided to take a walk outside the castle walls.

The room assigned to me was on the second floor, so the knights tasked with escorting me would surely never dream that I could jump down from the second floor window to leave my room. I could sneak out without any trouble.

“The smell of the tide isn’t bad either.”

I headed towards the sea, where I went with Feli before.

The breeze carried a unique smell with it, but I quite liked it.

The lighthouse illuminated the sea and showed me the silhouettes of two men fishing, sitting side by side.

A man dressed in white, with scruffy unkempt hair, and…

“Do they bite more easily at night?”

The other man was dressed differently today, but I clearly remembered his face.

He was the male knight that Feli scolded three days ago.

“I couldn’t fall asleep, so I thought I might as well take a night walk.”

“A night walk…? Your Highness, the head maid isn’t with you?”

“We’re not together 24 hours a day, of course. I just sneaked out.”

The knight sighed, all the while deftly maneuvering his fishing pole.

Last time he didn’t manage to catch anything, but this time there were several fish swimming in the bucket next to him.

“Oh well, isn’t that fine? No use in dwelling on the past. Let’s forget it all and just enjoy fishing.”

The man in white spoke.

At first, I thought he too was one of the knights escorting Grerial, but his white attire suggested otherwise. Based on his conversation with the knight, I felt some distance between them.

“Yeah, I suppose you’re right. Would you like to try your hand at fishing too, Your Highness?”

I politely declined and sat down next to the knight.

The knight said that it was a shame, then turned again towards the sea.

There was no particular conversation between me and the knight or the knight and the man in white.

Only the murmuring of the waves and the movements of the fishing poles could be heard.

Finally, I was the one to break the silence.

“Do you know Rinchelle’s second prince?”

“The second prince is…Welles, right? What about him?”

“Well, we met him today, and I was wondering what kind of guy he was. Do you know anything?”

I leaned back, placing my hands on the embankment to support me, and spoke while looking at the sky.

Unfortunately, it was cloudy that night.

I couldn’t see a single star.

“About Prince Welles, the first thing that comes to mind is that tea party, I guess.”

“That tea party? What happened?”

“It’s a kind of conspiracy. When it happened, everyone was talking about it. The queen was killed, after all. We were all on pins and needles, worried that Diestburg might be affected too.”

This world was filled with them.

If it wasn’t, the knight wouldn’t be so worried at the fact that I was out on my own at night.

Once again, I realized that this was a world not easy at all to live in.

“In the end, it was never clear what actually happened, but I remember that Rinchelle asked for land as a compensation.”

“Which means that the culprit was identified?”

“I think it was an extremist faction from the kingdom of Saldance…? It happened five years ago, so I’m hazy on the details, but Saldance was definitely related.”

If my memory serves me, the kingdom of Saldance was a very small one.

Until now, I have had little interest in learning more about the world around me, and I was paying the price now. I had no idea why Rinchelle would want the Saldance kingdom’s territory, so I was at a loss for words.

“The kingdom of Saldance has some interesting legends, after all. I can see why they would want its land.”

The man in white joined the conversation, as if saving me from the troubled spot I was in.

“Yes, stuff about apparitions of monsters and demons, some tales and legends like that.”

“Oh yeah, I know one too. The one where the heroes saved the princess.”

The conversation became livelier, as if we were talking about childhood memories.

“A land where monsters dwell. The rainbow flower that blooms there is said to be able to cure any illness. That’s the legend, right? The heroes fight together, defeat the monsters, bring the flower back, and the fatally ill princess is saved. That’s how the story goes.”

However, added the man in white before continuing.

“Some say that this isn’t just a fairytale. It happened about 200 years ago, so there are records left. Some people visit the Saldance kingdom, grasping at this sliver of hope.”

“You sure know a lot about it.”

It was also because I knew too little. I really thought the man was knowledgeable, so I ended up saying it.

The man then flapped his white robe.

The smell of medicine, mixed with the scent of the tide, tickled my nostrils.

“A flower that can heal any illness…any chemist would like to get their hands on it. I chose this job in order to live, but if I can save others’ lives, I naturally want to. The longer I do it, the more I think like that.”

Under the faint light of the lighthouse, I couldn’t see the man’s face clearly.

I thought he looked to be in his thirties, around the same age as the knight, but his words suggested that he was older than that.

A flower to heal all illnesses.

Any country would surely use all their resources to find it, including mobilizing their “Heroes”, as the legend said.

The man in white, however, shook his head in disappointment.

“…because the monsters are too dangerous?”

“That’s probably the first reason, yes. But the real problem is the kingdom of Saldance, who rules over that land…that island.”

“It’s a small country: so small if it was attacked by a ten thousand-strong army, it would crumple like paper. So even with the pretext of exterminating the monsters, entering the country with soldiers in tow is not allowed. Without a war, it’s not possible to enter Saldance with troops.”

“Small groups can enter the country, however. They are forced to sign an agreement that the kingdom of Saldance is not responsible for what happens to them, though.”

“If they don’t take such measures, their country wouldn’t survive, after all.”

The man in white then stood up.

“I have business to take care of tomorrow, so I’ll be going now.”

A bucket with squirming fish in hand, the man bowed to us.

He started walking away at a leisurely pace, but then…

After taking about ten steps, the man stopped in his tracks.

The man turned around and walked towards me this time.

“He called you Your Highness, you are a prince from Diestburg, yes?”

How did he know I was from Diestburg?

This question popped up in my mind, but I figured that the knight probably said he was from Diestburg and replied.

“It would be nice if you were Prince Fay.”

The man went ahead and said my name.

I chuckled to myself, wondering what good it would bring to remember the name of the “Trash Prince”.

The man seemed deep in thought as he stared as if examining me. He looked at my arms, legs, then my “Spada”.

The man’s expression then loosened.

He looked like he reached some sort of conclusion and smiled, satisfied.

“If you are the *real one*, we will surely meet again.”

What was “real one” supposed to mean?

With just a hint like that, I could not grasp what the man meant.

“You have made great achievements in the recent war, I hear.”

Hearing that, I winced internally at the thought of having to hear about it again, but I strived not to show it.

“Please, there is no need to be alert. I simply wanted to talk with you.”

The man in white then exhaled.

Maybe because the night was a bit chilly, his breath looked white.

“Allow me to perform a late introduction too. My name is Rowle Zwelg, I manage a pharmacy here in Rinchelle.”

The male knight was wide-eyed in surprise.

“More in name than anything, but yes, some call me a ‘Hero’.” 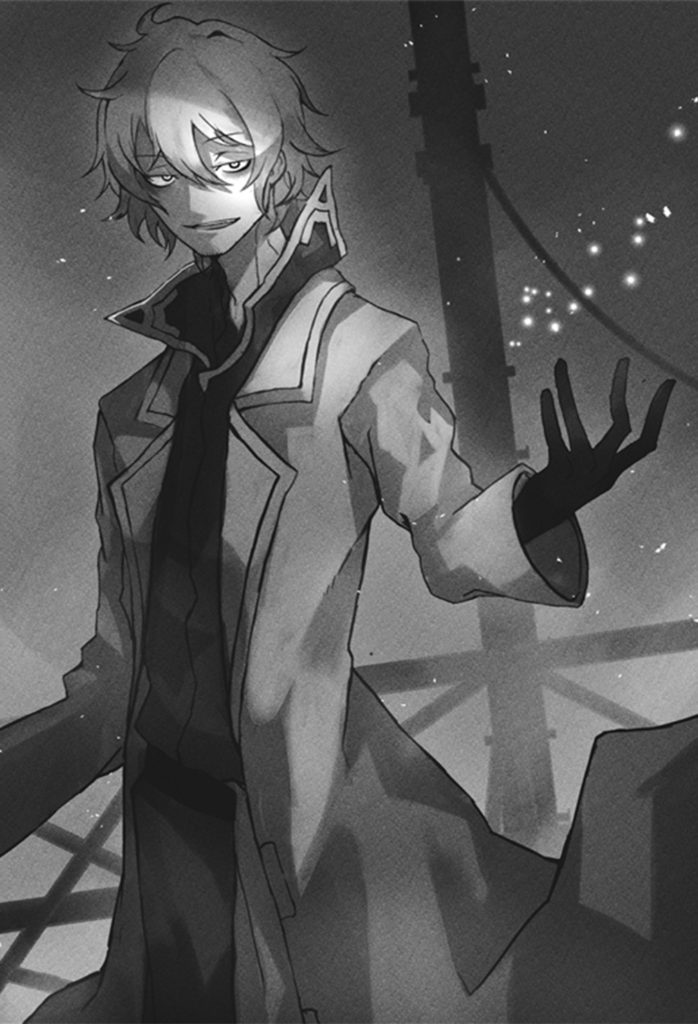 Rowle then turned his back on us again.

“That sword looks nice on you, very much so.”

I couldn’t tell what was going through his mind.

In my mind, these words were attached to the chemist Rowle Zwelg.

“Please have a nice night.”

The legend of the all-healing flower Rowle talked about.

It lingered strongly in my mind.

The next day I would go to the library with Grerial. It might be worth it to look it up.

Under the night sky, I kept repeating the same words over and over in my head.