Approximately one month had passed since Fay had returned from Rinchelle.

The light of daybreak had begun to illuminate the royal palace. One such early morning, unusual footsteps were heading towards a certain prince’s quarters. They were accompanied by the sounds of something scraping against the floor as they proceeded.

The maid standing in front of the prince’s door since early in the morning — Feli von Yugstine — noticed the increasingly quick footsteps.

Feli’s keen sense of hearing allowed her to notice the footsteps early. She focused on them, trying to find out their owner—

She would have let out a surprised exclamation, had there not been anyone sleeping inside the room. Her wide-open eyes clearly showed her astonishment.

On the wheelchair scraping towards the room, pushed by a maid, sat a man who smiled broadly, as if he had seen something extremely pleasant.

The man extended his thin lips in a wide smile, his eyes narrowing. It was a unique, withered kind of laugh.

An appearance that was very similar to someone else’s.

Feli had not had the chance to meet the man in a long time, but he was one of the few people she respected from the bottom of her heart.

Because of this, she bowed her head almost out of reflex.

“…how is your condition, Your Highness?”

“As you can see, it has improved enough to let me leave my room without issue.”

Still smiling, the man flashed a devilish grin towards the door.

Behind the door was his reason for being there and his goal.

“My foolish little brother’s room is this one, yes?”

Feli intended to add such an explanation, but the man did not give her the chance to. He turned towards the maid behind him and told her that they had reached their destination.

Rather than not caring about other people’s circumstances, he looked half angry, half amused. In any case, it did not look like he paid any attention to Feli’s words.

“Can you hand me that stick?”

The man eyed the sword at Feli’s waist.

Feli was briefly confused by the word “stick”, but the man’s gaze, directly pointed at the sword, quickly cleared her doubts.

Since the sword had been entrusted to Feli by the prince she served, she couldn’t help but show reluctant obedience, but the man’s grin had little interest in such feelings.

He laughed merrily and told her everything was all right.

“I’m just going to see a boy who gave his older brother medicine, who did not even bother to visit his sickbed, and whack him awake.”

The man had already placed his left hand on the doorknob, while the right one motioned Feli to hurry up and give him the sword he called a stick.

The maid pushing the wheelchair supported her master’s request too.

Even if you say that…

Feli was still unwilling to comply, but she couldn’t openly refuse.

For Feli, the man’s position was the greatest problem.

He was one of the Diestburg kingdom’s five royal—

Because of such a reality, it was not possible for her to refuse any of the man’s requests…thus she proposed a compromise.

“…in case of any danger, I shall be allowed to intervene. If that is alright with you, then…”

“As stiff as usual, aren’t you? This is just brothers playing together. Besides— ”

After another bout of his particular “hyaha!” laugh, he continued.

“That concern of yours hurts me, you know. Who else loves them more than me? This is a form of love too. An expression of me loving him more than anything else. The opposite of love is indifference, as they say. You’ve heard of it too, yes?”

“…You never change, Your Highness.”

Feli’s tone had a tinge of hopelessness.

The man simply laughed at how obvious such a comment was. Feli understood well how pointless it would be to say anything more.

“Ahaha!! I was closer to death than anyone else…I suppose that’s why I started thinking like this. This might be my last day…so I’m going to pound my love unto others every time I can. So let me say this, I love them. And this is how I express my love. Now that we’re set, let me whack him awake!!”

At the same time, the man snatched the sword from Feli’s waist, finished preaching his egotistical theories, and slammed the door open.

In the room there was a maid, sitting in a chair while smiling and contemplating the newly placed red spider lilies. There was also a round bundle of blankets on the bed, probably pulled up as protection against the sunlight coming in from the window.

“Pleased to see you again, Your Highness.”

The room owner’s maid — Ratifah — somehow seemed to know who would come in, so she greeted the man in a composed manner.

“Oh, you’re that maid. How’s it like to be at Fay’s side? Nice and comfortable?”

“Yes, more than I could ever ask.”

Feli was surprised again: not only that they apparently knew each other, but had interacted before, unbeknownst to her.

The man quickly realized her realization from Feli’s surprised expression and explained in his whimsical manner.

“Right, right, when was it? A few years ago? She came asking me for…well, I can’t say that, can I? But then and there I felt her love, I did. No malice at all. So I pulled some strings here and there.”

Ratifah put a finger on her right cheek and smiled a mischievous grin.

“You too, Feli von Yugstine, stop dilly-dallying and move forward already. Learn from her.”

The man turned towards Ratifah, as if prompting her to agree, and the maid — as usual, quick on the uptake — nodded vigorously.

“…whatever do you mean?”

“Whatever do I mean? Pshaw! I’m telling you to cock your love and shoot it. I’m not talking about romance only, there’s all kinds of love out there. Show your love or you’ll regret it one day.”

You’ve been together for a long time, but nothing’s ever happened, right? Not even now.

The man’s narrowed eyes spoke even more clearly than his mouth.

He valued love more than anything else, so his words sounded very convincing.

“Want me to give you a little push? Hmm?”

“You just don’t get it, do you. I’m saying all this because the Diestburg royal house owes you a lot, you know…”

Peeved by the maid’s unwillingness to admit or expose her desires, the man explained how he fussed over her because he knew that her service to Diestburg was invaluable.

“Memories are treasures, memories are a fortune. Invaluable gems that can stay with you as long as you live.”

And memories can become a corrupting poison sometimes, continued the man.

If someone close to death lingered too much in others’ memories, they would be nothing but a burden. The man knew this and thus stayed away from his younger brother until now. He treasured time, life, and memories more than anyone else.

“People, as you know, die oh so easily…”

“Our house of Diestburg has been a mother of warriors for generations. Even I heard the rumors about my foolish brother, but even this guy could be in a coffin tomorrow. When that happens, won’t you have any regrets?”

“Hyahaha, look at you. You can’t speak? That’s all the proof you need. Well well, that was nice to hear. Make good use of this lesson, Feli von Yugstine.”

I just can’t handle this man…

Feli sighed internally, a conflicted expression on her face.

This desperate search led him to one conclusion: love.

…as always, the things he says are quite difficult…

So thought Feli with a furrowed brow. 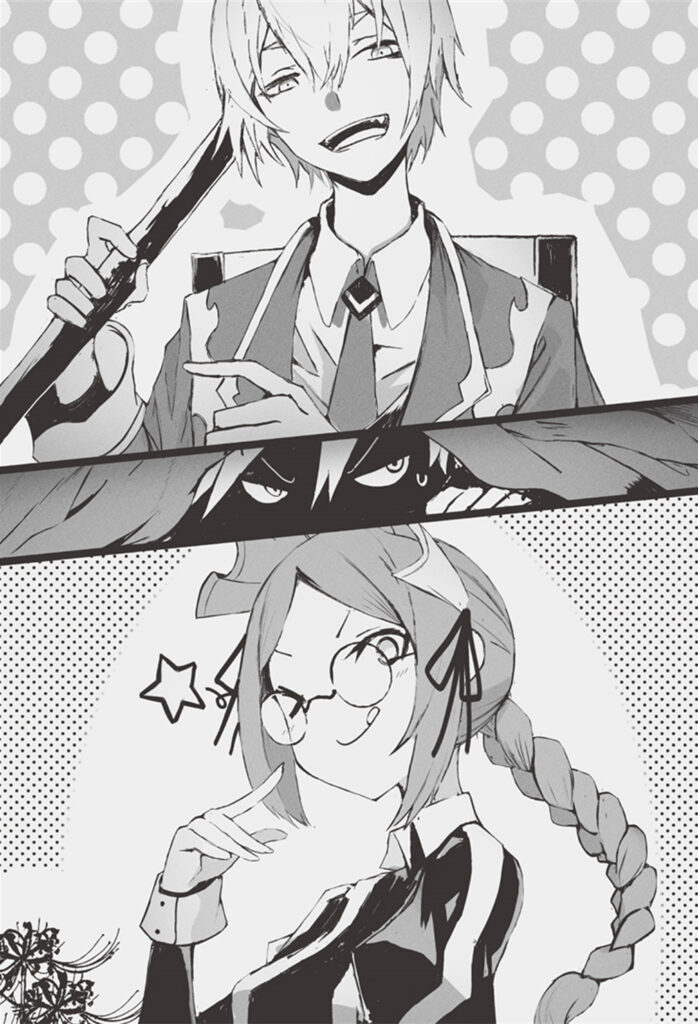 “All right then…I said my piece to the silly maid who thinks that serving her master is her only happiness, so it’s time to rise and shine!! O foolish little brother still pretending to sleep!”

Everyone in the room turned towards the round mass of blankets on the bed.

Why are you having this conversation in my room?

I woke up in the middle and quietly waited for a chance to escape, but those words ruined it all.

This was a battle of endurance, however.

There was no proof I was pretending to sleep, while there was a high chance he was only guessing. So if I went and apologized since I would be found guilty despite my protesting my innocence. Despite happening to wake up while these people had begun talking in my room.

In other words, keeping quiet was my best option.

“To ditch your sickly brother while you cultivate relationships with maids…your big bro is disappointed. You will let me relieve this frustration by smacking you upside the head, yes?”

After these words, I could hear a bout of fake coughing.

Even if you act sick, your words paint a whole different picture!! …was what I wanted to shout, but it was all a trap, he was baiting me to act, I said to myself and managed to keep quiet.

“…tch, what a cold-hearted brother I have. I guess words aren’t enough.”

I heard a grinding sound. The wheelchair probably moved.

Something…something bad was going to happen.

I believed my sudden hunch and tried to move away, but—

The round mass of blankets rolled down from the bed and smacked against the wall with a painful sound.

I realized I couldn’t pretend to sleep anymore, tossed the blankets aside, and stood up, fuming.

“Why the hell did you smack me for real!? You crushed my bed in half!! I would’ve died, dammit!”

The sword was swung towards my previous location, leaving a broken bed frame as a testimony of the power behind the strike. It was definitely not something you’d use against a family member.

“Ooh, I’m so glad to see you’re doing well. But you better not think you can fool your big bro by pretending to sleep. You’re way too green for that.”

Looking at his smile and absence of any apology, I shouted again.

“That doesn’t justify your actions at all!! I visited you together with Grerial anyway!!”

“Ah, yeah, well, I did say you didn’t need to come again that time, but…what can I say, I got lonely. To put it simply, I changed my mind.”

Despite the absurdity of his words, I restrained myself to only forming a fist. I probably was a saint that time. I honestly thought I deserved to be praised.

There wasn’t any actual bad blood between us.

If my relationship with Grerial was to be used as standard, you couldn’t say we got along well either.

I had few chances to meet this older brother. That’s what I felt towards the man now before me.

He then stuck his tongue out a bit and motioned at me to come closer. Irritating me even more.

I shouted the name of the brother who had been confined to his sickbed until recently.