I went to eat lunch with Ratifah and ended up paying for everything. Since she used the opportunity to satisfy every last one of her desires, we returned to our lodging in the late afternoon.

The other two had already returned, so I found Feli sitting on the bed.

The room had been devastated by Ratifah’s destructive antics, but — surely thanks to Feli — it was in the same state we found it in after check-in now.

I glanced at Ratifah, standing next to me with a hand on her stomach, then spoke.

“Yes, it took surprisingly little time. By the way, why does Ratifah look like she’s in pain?”

“Because she had a rather impressive binge session. You reap what you sow, as they say.”

Is that so, Feli said.

She then smiled helplessly at Ratifah.

“H-hey, it’s so rare for Shizuki to pay for my food too!! Of course I’d binge a little bit…”

Ratifah produced a stream of excuses while holding her mouth. Feli reacted to the unusual name.

“He said that I should use a fake name, right?”

“So you picked Shizuki…? It doesn’t sound like Your Highness much, but it’s a nice name.”

Feli probably thought that I’d just create a name out of the letters composing Fay Hanse Diestburg too.

“Still…how strange. In my head I know it’s a fake name, but, for some reason, it feels very natural to call you that, Your Highness.”

“Ah!! I know, I felt the same!! For some reason, it feels so easy to remember and use…”

“Maybe your name was Shizuki in a past life, Your Highness.” 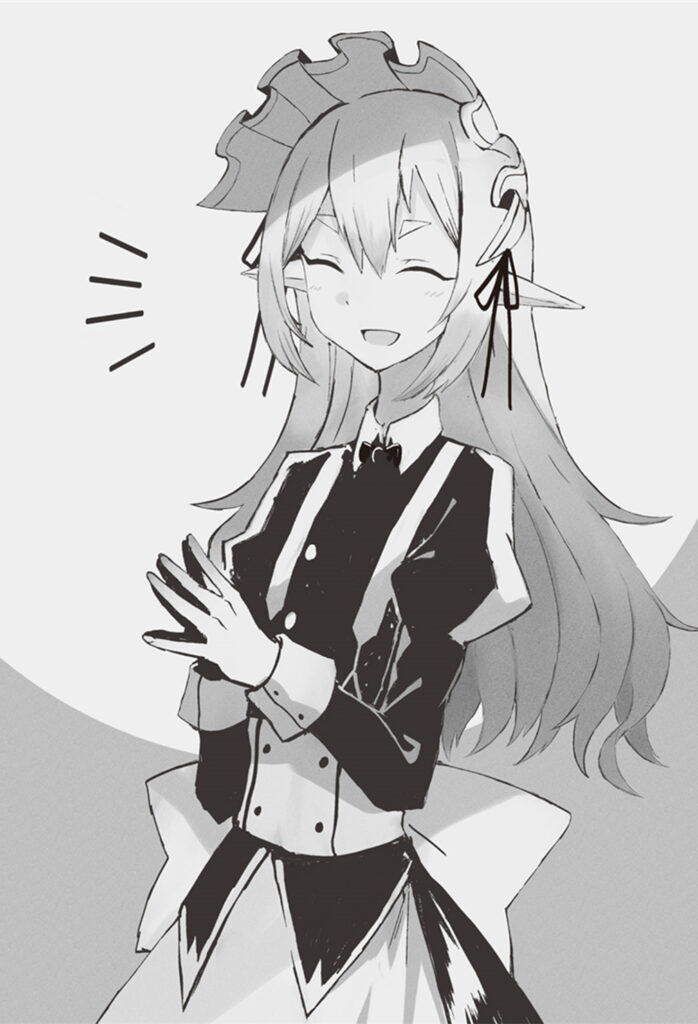 That’s how perfectly it fits, she added.

At the same time, however, it also was an undeniable truth.

I was not shaken though.

I acted as aloof as always.

I did not confirm nor deny. That was the stance I would uphold.

I acted as if I just remembered him and asked Feli.

She then looked at me, surprised.

That too only lasted a second.

“I think…he is in his room. But what about him?”

I had the sensation that Feli’s look turned sharper when I mentioned the boy.

Did something happen when they were together?

I considered that for a moment, then concluded that their personalities were probably just incompatible and stopped thinking about it.

“There’s something I have to ask.”

“He told us to wait for the right timing, didn’t he? So I wanted to know when that would be, more or less. There’s also something else that caught my eye.”

There was nothing to lose in asking, so I was thinking of mentioning that to him too.

Because I thought that the boy surely knew about many things.

The raw smell of blood fueled my concerns, together with the suspicion that the empire was involved.

It all caused my worry to grow, completing the puzzle in my head in a twisted way.

She looked even sickly when she replied.

As if she didn’t want me to talk too much with the boy. I couldn’t help but receive such an impression.

“So, anyway, I’m leaving Ratifah in your care.”

“Aah…the pain…I really binged a bit too much…”

Ratifah was still holding her mouth and stomach with her hands, pained whimpers leaving her lips from time to time. I lightly pushed her back toward Feli.

I then turned around and put a hand on the doorknob.

I stopped in my tracks. My hand reached the “Spada” at my waist and took it out of the sheath.

As I said it I turned around and tossed the “Spada” at Feli.

It was the second time I had entrusted a “Spada” to her.

The first time, I did it out of worry.

And this time too—

Because the shadow hanging over her expression troubled me.

“We only need one troublesome person with doom and gloom stuck on his face, and that’s me. Keep looking like that and you won’t ever be happy.”

My words apparently made her realize it.

It was kind of late, but Feli faked a smile.

It was a really forced one, just like the smiles I wore when killing.

“I don’t know what that shitty brat and his rotten personality did to you, but…”

Her range of expressions was really rich and varied, so they were easy to tell.

The very same thing that my mentor and the others used to tell me.

—That makes me feel closer to her.

I recalled that I was just like that once. Well, not that I had changed much…if I had, it was only in a bad way…

The more I thought about it, the more I felt like laughing at myself. So I discarded that line of thinking for the moment.

“I bet it feels weird coming from me, but I really think that laughing without thinking much about anything, like Ratifah does, is the best choice.”

Ratifah angrily continued, claiming I was being disrespectful, while also barely keeping the contents of her binge from spilling out, so her claims did not have much credibility.

Even if I said that.

There were times when no matter how much you wanted to smile and act as nothing happened, you just couldn’t. I knew that more than anyone. So I couldn’t order her to laugh. But if there was a time she couldn’t laugh, if she was hurting, or sad. At a time like that—

“I might be unreliable, but you can rely on me when the time comes.”

Loneliness and solitude are too painful.

At least one person you could trust. Sometimes, that fact is enough to feel saved. I knew that well, so I said those words to Feli, no matter how much they didn’t fit me.

“I’m a ‘Trash Prince’ whose only talent involves wielding a sword, but I can help when the time comes. So— “

So please, don’t disappear like my mentor and the others.

Words more similar to a terrified plea came to mind, but I sealed them in at the last second and stopped my sentence halfway. They were far too pitiful.

I then added other words, to cancel any awkwardness.

“I am thankful for Your Highness’ words, even though Your Highness is always the one overthinking the most…I will accept your words honestly.”

I had completely talked down on her.

I knew that well enough.

After closing the door behind me, I sighed to myself.

Of course, she’d say that, I added.

To help someone else. To guide someone else. Actions that didn’t fit me at all. I used to live only thanks to other people’s help, after all.

My words held no weight at all.

“Having someone you can trust is enough to feel saved sometimes.”

So that was fine, for now.

I had the feeling that I and Feli were pretty similar.

I repeated it to myself and started walking again. The boy’s room was close.

My knuckles hit the door just once.

“Aah, you? What’s wrong? Do you need anything?”

“There’s something I want to ask.”

I thought it wouldn’t be right to use my real name with the very person who told me to use a fake one, so I answered with the first personal pronoun.

That was enough for him to recognize me, apparently. I heard the door unlock.

The door was slightly opened and the boy showed his face.

He was holding a wooden pail filled with towels and clothes, probably his change of clothes.

“I was just going to take a bath, so can we talk later? Or would you join me? We could ‘bare’ ourselves to each other, as they say.”

I hesitated a moment, then nodded.

“Okay, let’s go then. There shouldn’t be anyone else inside now.”

With a splashing sound, the water trembled and ripples formed.

As the boy said, there were no other guests around: it was only us in the bath.

It was an open-air bath, surrounded by a bamboo thicket. Quite the atmospheric environment.

“So, what did you want to talk about?”

The boy dipped in the water and spoke.

He cupped the hot water in his hands and splashed his face with it. After doing it a few times, he turned towards me.

“There’s something I want to ask about the empire and those ancient relics or whatever. And other related stuff. It’s just us men, let’s be frank and honest, shall we?”