An instant later after activating the teleport magic sealed within the crystals, Schnee and Shin looked around and commented, a bit dumbfounded.

They both thought that it wouldn’t work. However, contrary to their expectations, the entrance gate of the castle now stood before them. They also checked the map, but there was no mistake.

“Maybe it’s related to the fact that the dungeons are mixed together?”

Filma and Shibaid wondered why teleporting worked in this instance. They had too little information to reach a conclusion though.

“What do we do now? Even if we reenter, I don’t think we can get much farther. It should be getting pretty late too, right?”

“Yeah, I don’t know why we were able to teleport, but just knowing that we can is an accomplishment in itself. We have the map, so we can reach our previous location with the shortest route possible. Let’s call it a day.”

Tiera had also performed the great feat of freeing the imprisoned souls, so it was preferable not to push her too much harder today.

Shin materialized the magic-powered vessel from the item box and the whole party boarded it.

They deactivated the equipment’s underwater mode and decided to eat.

The ship wasn’t originally equipped with a kitchen, so Shin changed part of the structure and added a kitchen. He also created rooms for all members and a bath.

“This dungeon feels somewhat different than the ones we faced until now.”

Schnee wondered aloud while watching the bubbling pots in the newly created kitchen.

Tiera and Filma had gone to the bath with Yuzuha and Kagerou. Shibaid had left the kitchen, saying he was going to take a look at his room.

Without anything else to do, Shin was just looking at Schnee cook. Her words intrigued him.

“I feel…uneasy. I can’t express it in words…I don’t know what else I could say about it.”

Schnee put a hand on her chest, a somber look on her face.

“That time? What do you mean?”

Schnee turned around and looked at him with a sad smile.

“Like when…I thought that you might not come back anymore. It feels similar to the time when I thought about that.”

Before Shin could ask anything else, Schnee came closer to him. She took his hand in hers and put it against her cheek. 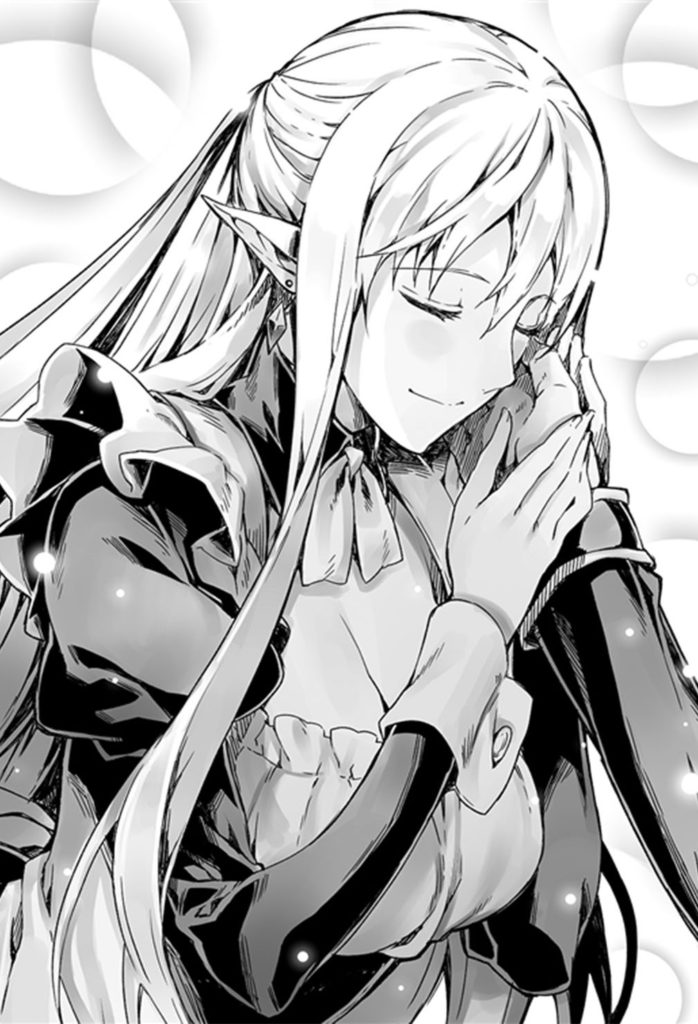 “…this helps me calm down.”

With silver hair, red eyes, and pale, evanescent skin, Schnee’s appearance suggested a certain coldness, but the hand on her cheek was surely warm.

“While I was waiting for you, I thought that you might not come back anymore…so many times. The thought that time will just go on like this, that I…that my feelings too will just die one day. On such days, I sometimes couldn’t sleep until dawn.”

Shin didn’t know how to reply. Schnee’s words, in a way, had become reality.

“Now that we’ve talked like this, I feel certain. That time, I felt like I was missing something…in the Castle of the Depths, I felt something similar.”

A feeling of loss.

A feeling of powerlessness.

Why would Schnee feel something like that in the Castle of the Depths though?

Shin could be somehow connected to what Schnee felt.

Schnee was probably thinking of something: she started talking, but stopped.

“It’s just a possibility, but…in the Castle of the Depths, there might be something………………….something that leads to you going back.”

Schnee hesitated in the middle of the sentence, and continued while looking down.

Shin could now understand. There was no need to think about what could be the cause behind her feeling of loss.

Shin stood up and grabbed Schnee’s hand. Because it was him, she did not put up any resistance.

“Even if we find something related to how I can go back, I’m not going to disappear right away. Besides…I know it might sound unfair to say it now, but I am thinking that it might be nice to stay here too.”

Schnee’s expression was almost blank, but now changed completely. She grabbed Shin’s shoulders and stared at him straight in his eyes.

“Yes, I do. Anyway, people like me usually can’t go back.”

If he had been summoned on the basis of a solid theory and technology, there might be the possibility to go back.

Shin had been transported to the new world in incomprehensible circumstances, however: believing that he could somehow go back was kind of too convenient.

The last thing that Shin saw was a gate opening. It was a situation that was impossible in a game, something he couldn’t understand at all.

Shin was scratching his cheek, meaning to say that it wasn’t just an excuse, but he couldn’t finish his sentence. Clear tears were streaming down Schnee’s cheeks.

Shin, not expecting her to cry, was a bit shaken.

“I’m sorry. Hearing you say that made me even happier than I thought…”

Schnee smiled while wiping her tears. Shin’s chest hurt at such a sight.

It was true that he thought that he could stay. It was not something he decided he would do no matter what, however.

Putting aside the fact if he could actually go back or not, his desire to go back to his former world and his feelings towards Schnee were clashing within his heart, making sparks fly.

“Please do not make such a face. Just knowing that there is a chance is good news for me. It will make such feelings even stronger.”

Schnee probably felt what Shin was thinking about and smiled at him, traces of tears on her face. It was a smile brighter than Shin had ever seen.

“Of course. I am the maiden that fell in love with you, after all!”

After being impressed for an instant, Shin was disoriented by Schnee’s very direct declaration.

“W-well, I think the pot has boiled enough. Could you please go call Filma and the others? I’m sure they must have come out of the bath.”

Embarrassed because of her maiden in love statement, Schnee blushed.

Shin nodded to her and headed towards the corridor. It was then that he finally noticed the two pair of eyes looking at them.

“….hey. Since when have you been there?”

The eyes belonged to Filma and Shibaid. Both were peeking inside the dining room from the corridor.

It was normal for Filma, but seeing Shibaid poke just his face in the dining room, while hiding the rest of his body in the corridor, was kind of surreal.

“Enough to catch all the good parts!”

“Indeed. More precisely, if I were to re-enact it…”Please, don’t worry.”.”

Shibaid then embraced Filma. Filma then answered with a dramatic motion.

They had seen everything since that!

“You two were SO much in your little world that you didn’t even notice us…I’m almost jealous.”

“In that situation? It would have been quite inconsiderate.”

“Watching is even more inconsiderate!!”

Shin turned towards Schnee, seeking help, but she was staring intently at the pot, pretending not to hear anything.

She had heard everything, though. Her glowing red ears were proof enough.

The dining room was very chaotic until Tiera arrived, with Yuzuha and Kagerou in tow, and asked what was going on.