The next day, I went to the castle to inform them of Bacchus’s acceptance.

Dillan and Rubel, the king and prime minister of Perdis, looked relieved.

“I see, he accepted the offer.”

“Yeah, I told him to discuss the details directly with you, so I’ll leave the rest to you.”

“All right…speaking of which, what are you going to do now, Haruto? You ventured into the elven village for Ephyr, got revenge on Glicente, and your trading company is steadily molding into what you envisioned. So what’s your next plan?”

I told Dillan my plan after listening to him.

“Well, I was actually thinking of leaving the royal capital for the time being and going to another country.”

“Uh, I haven’t decided on anything in particular. But I was thinking maybe Galzio Empire, one of the three great states that I haven’t been to yet, so now that I have the opportunity, I’m thinking why not.”

The three great states are the Kingdom of Glicente, the Kingdom of Perdis, and Galzio Empire, they’re said to be the most powerful among the thirteen nations in the world.

But Dillan was thinking about it with a serious expression on his face.

“Nah, it’s a good country…I’m just worried because of the upcoming fighting tournament.”

As I tilted my head, Rubel answered.

“In the Galzio Empire, the idea that the strong are respected is deeply rooted, and even the position of emperor is fought over by those who have the right to succeed to the throne. The emperor himself attends the regular competitions as well, not only to spectate the bloody battles, but because it’s also a place for scouting.”

“Ohh…is that why you look so anxious?”

“The current emperor, Oskar von Galzio is very greedy. He will do anything to get whoever he fancies. So far, quite a lot of the participants in the tournaments have been taken away.”

Now I see, he’s worried that I might be recruited or strong-armed?

“I see your point. But Dillan, do you really think an emperor or whatever could make me serve them just like that?”

“Nah, if anything, you refusing to do so would probably be what would end up causing an uproar. After all, the emperor would already have his eye on you since he witnessed your ability when you were promoted to the EX rank.”

Oh, that’s what you’re worried about.

I…couldn’t even confidently come out and say that there will be no problem, which is sad quite frankly.

But then again, of course I couldn’t.

“Well, it’ll work out fine…by the way, Rubel, can you tell me more about this tournament? I would like to see how Iris, Finne and the others would fare, so I’m thinking of signing them up.”

“Hm? What about the remaining two days?”

“The remaining two days are for team matches. There are no qualifying rounds for this, just straight to the main competition.”

“I see, that was very helpful, Rubel. Thanks.”

After listening to his explanation, I thanked Rubel.

Then, Dillan asked, as if he had just remembered something.

“You said you would like for Iris to participate, but how strong is she exactly?”

He probably won’t even believe me if I told him…oh right!

I had a flash of inspiration and sought permission from Dillan, then teleported back to the mansion.

I grabbed Iris and teleported back to the royal castle.

Both Dillan and Rubel had their eyes wide open.

“Hey Haruto! What was that…wow, daddy! Rubel! No way, the royal castle?!”

Iris was so surprised to see the two of them.

“It’s a magic called Teleport, it allows me to move instantly to a place I’ve been to before or within sight.”

“Such outrageous magic skill, he made it sound so easy! …Anyway, why did you bring me here?”

Iris, aren’t you accepting this a little too quickly? As if she could tell what I was thinking, she turned and glared at me.

“Nothing serious, we were just discussing about how strong you are right now, Iris.”

“Oh, that’s it? If that’s it, then you don’t need to worry, I’ve gotten so much stronger!”

Iris, puffing out her chest with a smug look on her face, disclosed her status. 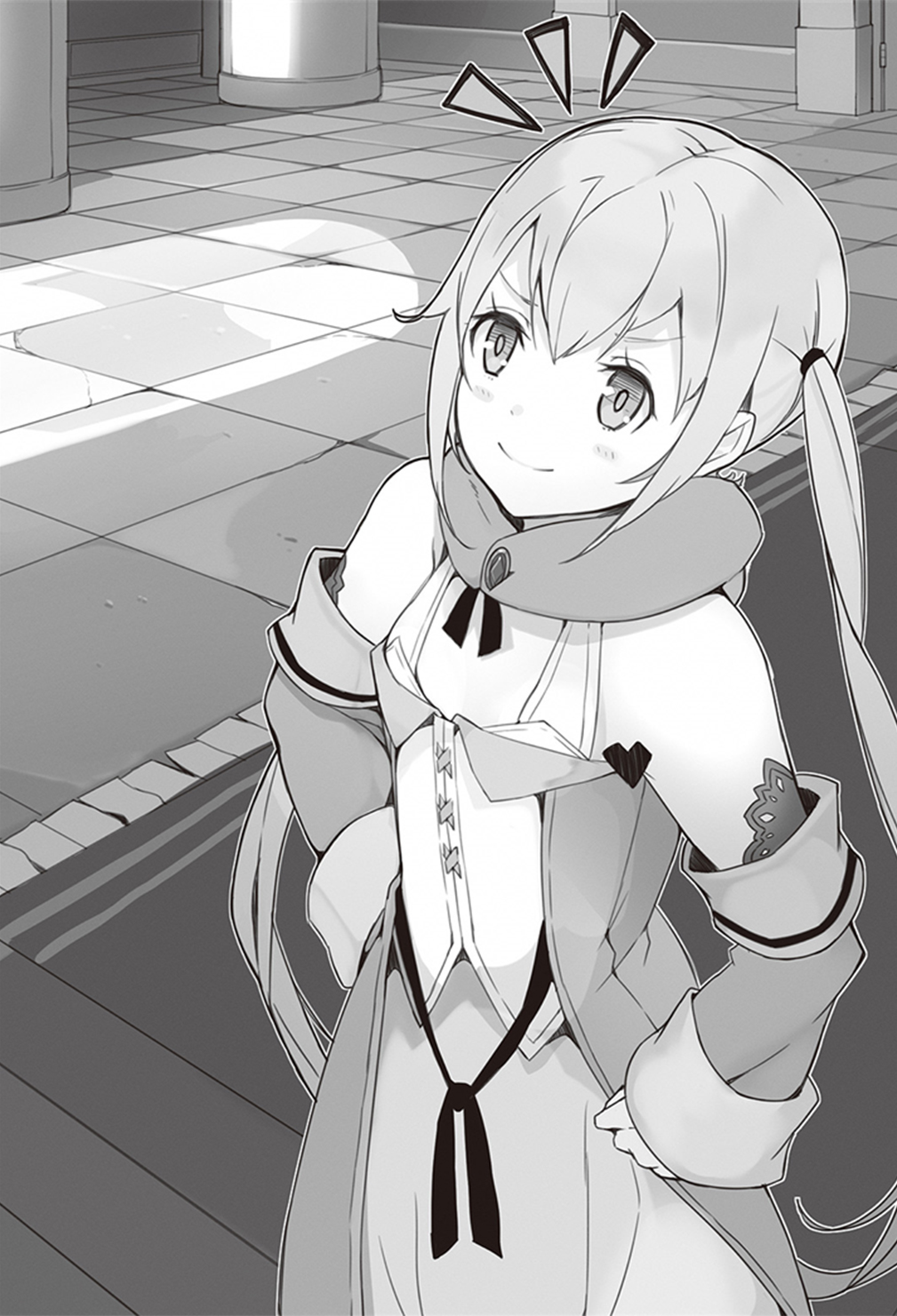 As she chanted those words, a translucent window appeared in front of Iris.

When Dillan and Rubel saw this, they were both astonished.

The strength of the princess was no longer that of a country’s princess, but that of an A-rank adventurer.

“H-Hey Haruto. What did you do to Iris? Depending on your answer——”

“What are you talking about, Daddy? This was all thanks to my efforts, obviously!”

Iris interrupted Dillan and got angry.

“Can one become this strong through efforts alone?!”

“Of course. And I can still become much stronger, Dad.”

It shouldn’t be a problem if Iris becomes stronger though.

“Iris. Would you like to participate in the tournament in the Galzio Empire? Of course, I’d like to have Finne and the others participate as well.”

Iris answered immediately without showing any sign of concern.

“I’m in! I want Haruto to see how strong I’ve become♪.”

All right, then all that’s left is to talk to Finne and the others.

“Please how do I get to Galzio Empire from here, Dillan?”

The holy city is, in essence, the royal capital, right?

The name alone gives it a different feel from Glicente and Perdis, so I’m quite looking forward to it.

“Well, then, we better start heading back…sorry to have taken so much of your time, Dillan.”

“Not at all, thanks for everything. Take care of Iris——Zebas, see Haruto and Iris off will ya.”

With Zebas leading the way, Iris and I head for the castle gate.

“Why don’t we just teleport back home.”

“I was brought here out of the blue though…”

Iris was not happy, and I could only reply with a sigh.

“I thought we could take a little detour just the both of us on our way back, but I guess not?”

Iris was more happy than usual, perhaps because it was the first time in a while that we had some time alone together.

“I want some of this! I want this and that!”

It’s not bad to experience this once in a while.

Our first date in a while…maybe not exactly, but Iris and I went back to the mansion after enjoying our outing.